Please remember to vote online for our short video proposal in Telus’ STORYHIVE competition.  11 more days left for voting.  If successful we will get $10,000 to produce a short queer history doc.  Vote: here!

The Jane’s Walk went ahead with 15 hearty souls who did not mind the sudden snow storm we found ourselves under when we awoke on May 3rd.  The walk actually went longer then expected due to the nature of having a smaller group who could converse.  Thank you everyone who came out and shared stories.  The history project is richer because of it!  Thanks also to Michael Wright for these candid Jane’s Walk photos. 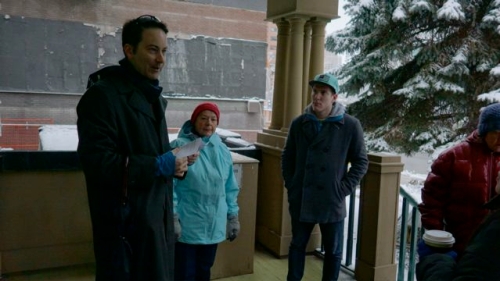 Beginning walk on the steps of CommunityWise (Old Y). Note the snow in May!  This building has been the defacto gay community centre since the early 1970s. 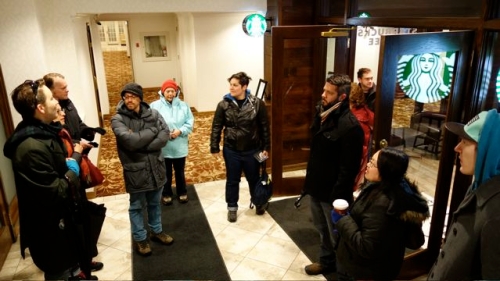 Catching a break from the elements in the Palliser Hotel – the former location of the Kings Arms Pub, a much visited gay drinking hole from the 1960s. 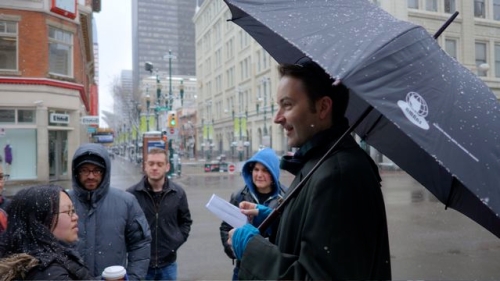 Near the Bay downtown. Department store washroom cruising was a well-documented phenomena across North America. In this case, reading the threatening washroom notice, put up in the early ’80s to deter and intimidate gay men.