Kevin has spent the week in Ottawa: working, doing research and going to museums. The Canadian Museum of History just unveiled its new permanent exhibition: the Canadian History Hall – quite impressive. Looking for Calgary gay history connections, we were surprised to find a couple. A photo of Jean L’Heureux (the subject of last week’s post – although he was not cited in the picture) and a rainbow pride banner with its origin story which was created in Calgary in 2005.

We also stopped into the Canadian War Museum to get some snaps of the “Electropsychometer” also know as the Fruit Machine, which the Canadian Government used to eliminate homosexuals from the public service in the 1960s. Tereasa wrote a post about it a few years ago.

Pride Week in Ottawa begins shortly and there are already signs of rainbows popping up in the nation’s capital, but I am looking forward to coming home to experience YYC Pride. We will have a history booth at Pride in the Park on September 3rd and there are a couple of gay history walks planned on August 31st and September 2nd. We hope to see you out.

Today is our last post of 2016 as we devote our final energies of December to completing the Calgary Gay History book project.  Here is a recap of the year.

The three most popular history posts in 2016 were:

#2 Klippert back in the news 50 years later

We recently passed the 50,000 person odometer mark on the history website and have 966 followers, hundreds of whom have signed up for our weekly email.

Calgarian Everett Klippert, who was jailed in the 1960s for being gay, was back in the news in February thanks to the journalistic efforts of the Globe and Mail’s John Ibbitson. Prime Minister Justin Trudeau has subsequently promised a posthumous pardon. The Calgary Gay History Project was then invited to write a feature on Klippert for the Canadian Encyclopedia.

Over 1000 Calgarians gathered in memory of the victims of the Orlando shooting at the Jack Singer Concert Hall. 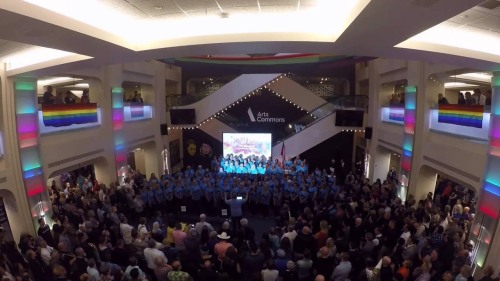 The Calgary Police opened up their archives to the history project.

Calgary City Councillor Evan Woolley spearheaded the creation of a LGBTQ Legacy Committee to develop a plan for a history memorial that recognizes our contributions to the city.

We made historical reproductions of Pride buttons from previous decades that we gave away for free (and quickly ran out of) at Calgary’s Pride Festival. 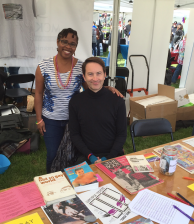 Finally, we are looking forward to making more history in 2017.  So to all of our readers, we send you our warmest wishes for a happy New Year.