Phew. The recent LGBTQ2 apology by the Government of Canada had us run off our feet with media interviews and correspondence with journalists. Fortunately, we found several volunteers to pitch in, to address the volume of sound bites requested. Here are some of the more interesting links if you missed them:

Playwright Natalie Meisner’s interview with Global TV about Everett and her upcoming play featuring his story.

The Calgary Journal interview about the significance of the apology.

Donald Klippert’s interview with the Calgary Herald about his Uncle Everett.

The LGBTQ2 apology on November 28th was instigated by the Globe and Mail’s John Ibbitson who requested a posthumous pardon for Klippert from the Prime Minister’s Office. He made the ask in February 2016, after he wrote an in-depth feature chronicling Everett’s story. Last week we received a personal email from John referencing the historical research we shared. He wrote: “thanks once again for all your help. Wouldn’t have happened without it…”

Art has the power to both remedy and mend. We are excited to be collaborating with Sage Theatre and Third Street Theatre on the world premiere of Legislating Love: The Everett Klippert Story in March 2018.  Sage Theatre has put out a call for theatre actors, and they are accepting auditions until December 20th. 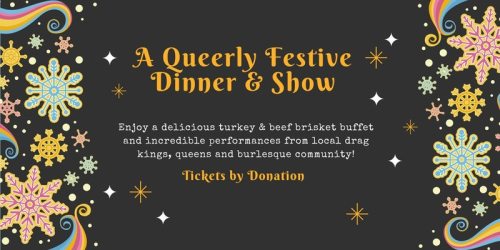 Finally, Calgary’s LGBTQ2 community is gathering for the holidays on December 21st at the Palomino Lounge for A Queerly Festive Dinner. Nine community organizations have come together to produce this holiday meal and drag show which will be both delicious and free! (Donations are gratefully accepted).  At this event, Alison Grittner from the YYC Legacy Project will reveal the voluminous community feedback that has been gathered for Calgary’s forthcoming LGBTQ2 commemoration project.