Our Past Matters launched one year ago today at the Central Library. I wanted to take a moment to thank readers, history buffs, and Calgary Gay History Project supporters for their positive embrace.

Here are some highlights from the book’s year.

On November 22, 2018, hundreds of Calgarians attended the book launch and filled the Central Library’s Theatre with warmth and enthusiasm for queer history. 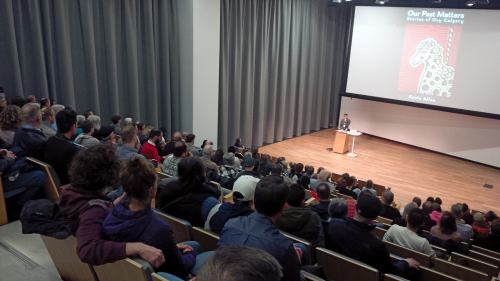 Our Past Matters stayed on the Calgary Herald’s non-fiction best seller’s list for months, eventually hitting #1 in February 2019.

The University of Calgary’s Joe Kadi selected Our Past Matters as a course textbook for his spring class: LGBTQ+ Social Change History: From Stonewall to Calgary. In June, we were invited to attend a lecture. It was a genuine honour to receive insightful questions and pertinent observations about the book from this group of engaged readers.

In September the Our Past Matters received national attention when the Calgary Gay History Project made the shortlist for the 2019 Governor General’s History Award for Excellence in Community Programming. (We just learned that we were not selected for the award, but remain grateful to have been given the nod).

So, it has been an absolutely lovely year. Upcoming plans for Our Past Matters include the imminent launch of the e-book edition and a book tour to a handful of Canadian cities in the New Year. (As a preview of touring, we just went to Fort Macleod’s inaugural Get Lit! festival last weekend and had such fun meeting local readers and pride organizers). Thank you again for believing in the Calgary Gay History Project and making Our Past Matters a “good read.” 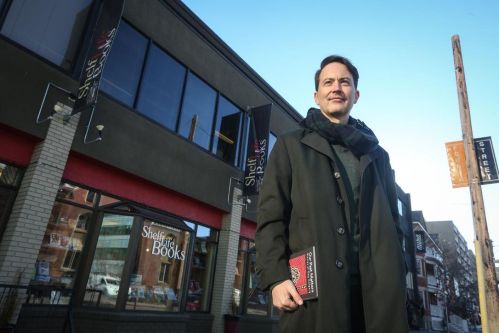 One response to “One year later #OurPastMatters”