The Passing of Nick de Vos

Last week I attended the funeral of Nick de Vos, who was one of the first gay elders we talked to when the Calgary Gay History Project started in the Autumn of 2012. Born in Holland in 1932, he and his family immigrated to Canada in 1948 after the war. 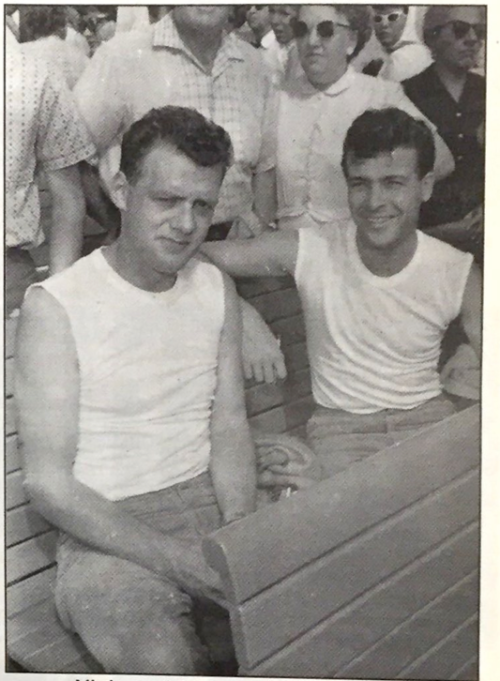 He wrote to me once, “I have been gay since birth” and was lucky enough to find his life partner in 1959, Tom Deagon, who passed away in 2011 – a 51 year relationship! Nick was active in Calgary’s gay community when it was still largely underground, and talked often about fun times at the Palliser Hotel (the Kings Arms Tavern). He recalled:

Most of us had to enter through the front entrance and worked our way to the bar as the First Street bar entrance was too obvious – there was a danger of getting known and losing your job.

When the bar closed everyone placed a $1.00 on the table for someone to buy beer to keep the party going at someone’s apartment. There was always a volunteer host for those parties which went into the wee hours of the morning on weekends.

Nick valued his privacy and spent his lifetime being discrete where his sexual orientation was concerned; he operated on a don’t get asked – don’t explain principle with the world at large. Yet he was very out in the gay world, attending lots of gay events, including some he created. He was proud of the length of his relationship with Tom, and their 39th anniversary was featured in the June 1998 issue of Outlooks Magazine, a local gay publication.

A lifetime performer, Nick claimed the best gay bar Calgary ever had was Club Carousel, where he performed on stage numerous times, as well as created and managed numerous shows, including “It’s a Carousel World.”

Nick (right) with a friend at Club Carousel in 1972

Nick was a bon vivant, a firm hugger, a prolific emailer and an accomplished event photographer.  He liked being in the centre of a party; his eyes often twinkled. In collaboration with Third Street Theatre, we held a Club Carousel Cabaret at the 2014 High Performance Rodeo. Nick, invited as a special guest, was moved to tears which he called tears of joy. 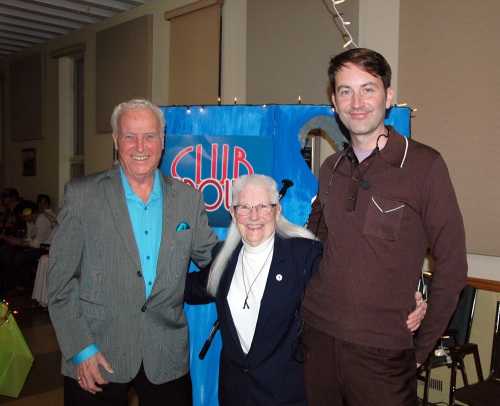 We will miss you Nick.