Know Your Roots + U of C Symposium

The Calgary Gay History Project will be taking part in the upcoming Gender and Sexuality Diversity Symposium next week, March 28th & 29th.  This University of Calgary event is being produced by the Institute for Gender Research and the Women’s Studies Program and is open and is free to the public to register.

There will be a lot of interesting research, material and discussion – be sure to check the program out: here.

We also wanted to give a shout out to the Fairy Tales Queer Film Festival in Calgary, who at last year’s festival embarked on a history project of their own, called, Know Your Roots (KYR).  Filmmakers Madeleine Hardy and Matt McKinney produced 10 short videos talking about queer history in Calgary, which screened in front of the festival’s feature films. 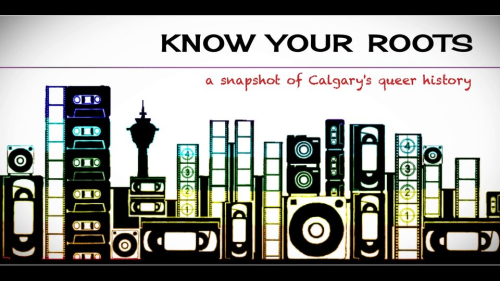 Both filmmakers were former Youth Queer Media program participants.  Fairy Tales has an internet channel on Vimeo where you can watch them all!